You can now find me for a second time  in what has become a very popular and free webzine for writers of poetry, inspirational stories, Christian and Experimental Fiction, Science Fiction and Fantasy, Christian Science Fiction, literary, and more or less stories that are uplifting.  NO horror pieces.  Friend and editor Rob Crandall presents: Einstein’s Pocket Watch.  Rather than genre this time, I have a mainstream piece.  It’s a wonderful blog webzine.  Do check it out.

Fiction & Poetry in link below: 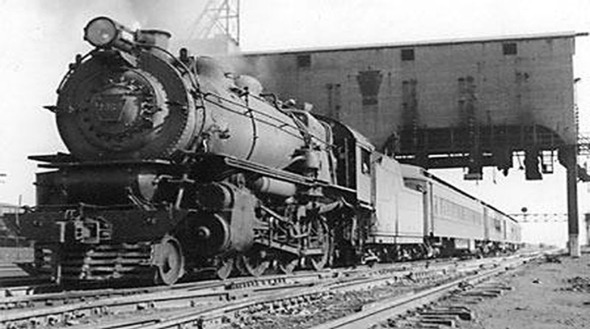 Issue #5.2 – Fall 2009, of David Lee Summer’s TALES OF THE TALISMAN is now available for purchase.  Get your copy today.  Also, don’t forget, I’ll be back again next year around this time with a novelette-length work.  In the meantime, enjoy the 2009 print edition.  The interior artwork is fab!

This is just a reminder to say that, if you didn’t pick up Black Ink Horror #5, well, you should.  I received my copies and I must admit, I am very impressed with the quality of the product Sideshow Press puts out and will be going back in the near future.  Only 110 exist.  You’ll want this ink… Hurry before it sells out.  Once again, very impressed with the end product.

With artwork by Tom Moran and Others… 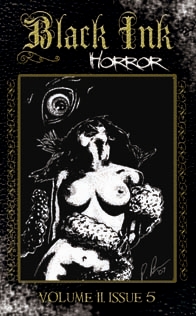 BOUND TO BE A COLLECTIBLE!

17 Short Stories and lots of poetry.  Hard-spined, and the artwork is dynamite!

You can now find a heavily researched, post-apocalyptic tale about plagues, the death of the human race, and an alien species trying to save what’s left of mankind in… The current issue of THE FIFTH DI.  March 2009, to be exact.  The narrative is first-person, and comes from the perspective of an extraterrestrial doctor/coroner.  The Andromeda Strain was very much an inspiration here, but I wanted to change it up a bit and make my story otherworldly.  If you like 28 Days Later, you might also like this tale.  The Fifth Di is edited by J. Alan Erwine, and published by Sam’s Dot Publishing.  They’ve been around for years, and I’ve appeared there on up to almost 20 other occasions.

Cover Art: "After the Fall" by Mitchell Davidson Bentley

Hope aboard and read “The Plague Planet”.  Click below:

Now available in print is my fifth appearance to one of England’s longest-running — and also most widely read next to Interzone — small press magazines of Hard Science Fiction/Space Exploration.  JUPITER SF.  Edited quarterly by Ian Redman, Jupiter has become home to many prolific names and British stars in the speculative fiction field today.  A magazine worth checking out, and with stories that are sure to please.  Over five years running, each issue is aptly named after a satellite either orbiting Jupiter or within close trajectory. 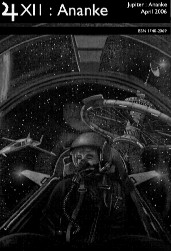 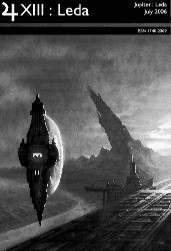 Also, order these magazines above and other great SF titles from THE GENRE MALL – http://www.genremall.com/contents.htm