The birthday of all birthdays approaches.  Three.  And this year’s theme is actually the very expensive, 30th Anniversary re-release of some funky figures I grew up to in the very early 1980s.  He-man and the Masters of the Universe: Adult Collector Series.  These are for my son, but I’d be lying if I didn’t say I had a little fun with them myself (he he).  The artwork and detail is out of this world, done by the Four Horsemen, and if you have an action figure or toy news blog, please feel free to use these pics.  I was most surprised by how expensive they were.  First off, they sell out in less than 24 hours all the time on Mattel’s main homepage… So your only shots are places like eBay or Amazon if you want to own these high-end figures.  Next, when I say high-end, I mean it.  The 2010 Masters of the Universe line-up runs between $25.00 and $80.00 per figure on average; with $35.00 to $60.00 being that in-between number with S&H.  Are they worth it? Yes and no (I also managed to pick up a 2002 Castle Grayskull MINT in the box.  Some of the more memorable characters are even more awesome-looking than when they first came out in 1982.  Characters like He-Man, Man-at-Arms, Trap-Jaw, and Moss Man included.  And they include better weapons and equipment, too. 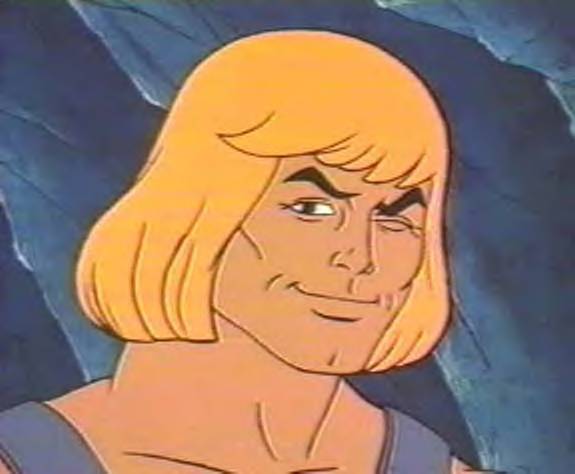 It should be noted that I didn’t pick up Skeletor but, rather, Scareglow instead.

No hard feelings, Skeletor.  I’ll give a little description of the figures further down. 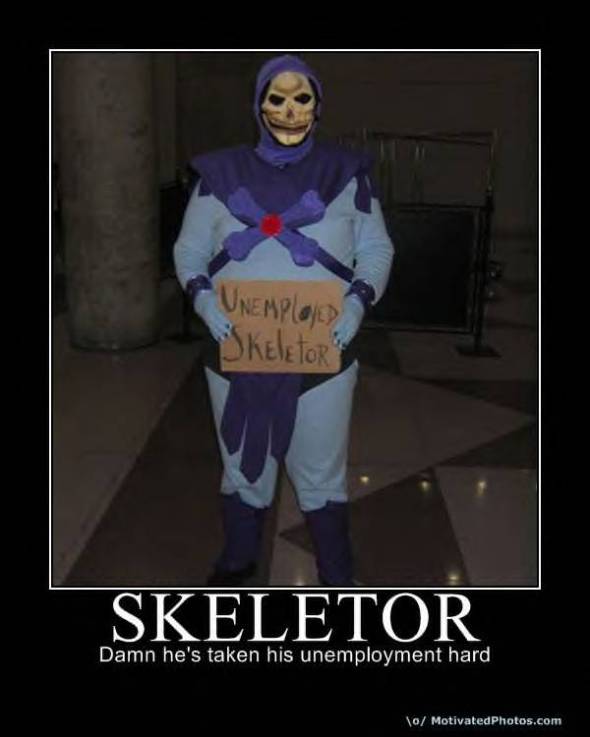 So with the castle and the average forty-fifty dollar action figure I ended up spending close to $700.00 in He-man related toys.  Why spend so much, you ask? Well, while I agree they are for my son and I’m reliving my childhood through him, and hope one day that he might want to repeat the process… It wasn’t just a birthday celebration or bunch of gifts I just “had to own!” Yes, I do collect my own Doctor Who and Star Wars action figures.  Yes, I have Matchbox/Hot Wheels cars.  Yes, I have baseball cards made of chrome.   Oh, and don’t even get me started on Transformers, Thundercats, Smurfs, G.I.Joe, and some now-old school 8-bit NES games.  These toys were a celebration to welcome my son into my home as I now have custody (visitation rights) of him 7 to 8 days a month.  In the event a weekend lands with a Monday as a holiday, there’s your eighth day.  So I have my kid for lots of cartoon fun (and the park outdoors) one week a month.  Which means more to me than my writing, so yes, along with a new bed directly across from mine, makes $700.00 seem all the more worth it. 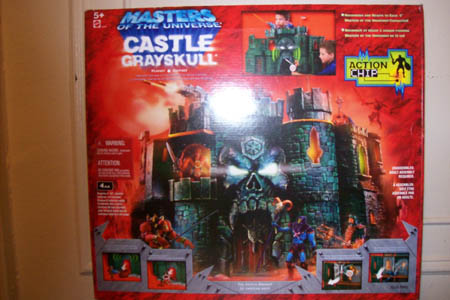 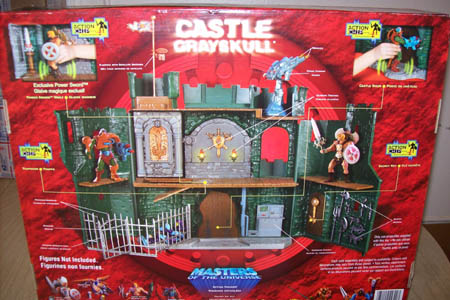 Other gifts included a Superman “Through the Ages” gift set, a 13″ tall Cyberman, a pair of Iron Man sneakers, and a 2010 AT-AT Imperial Walker.  But let’s concentrate on the Masters of the Universe line-up for now. 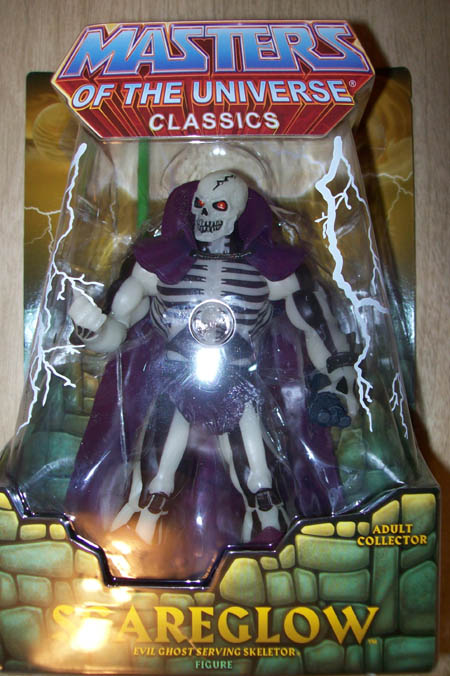 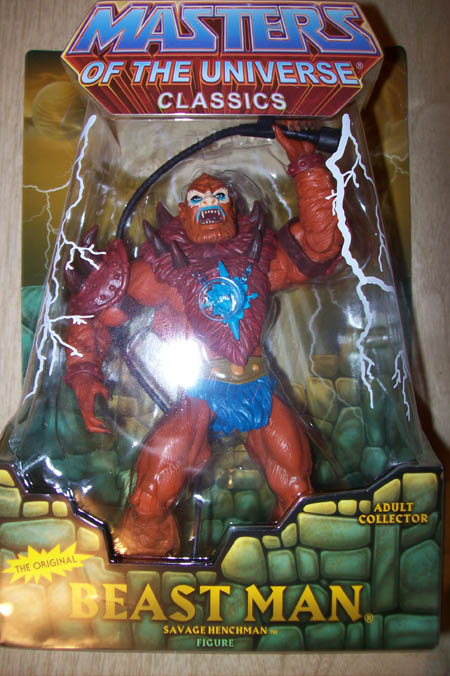 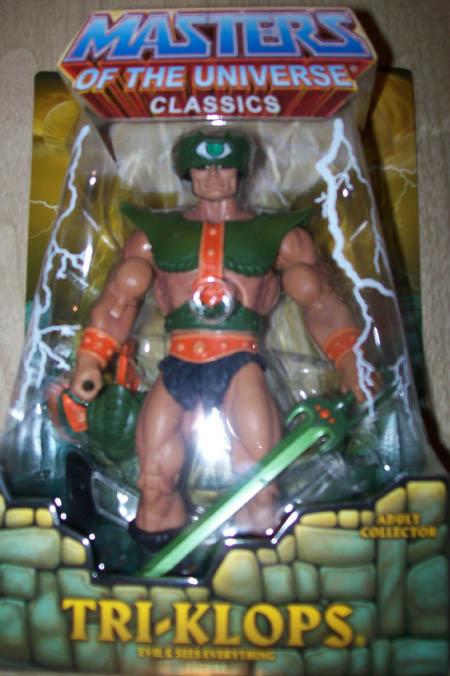 Tri-Klops - Skeletor's Henchman who can see through one eye 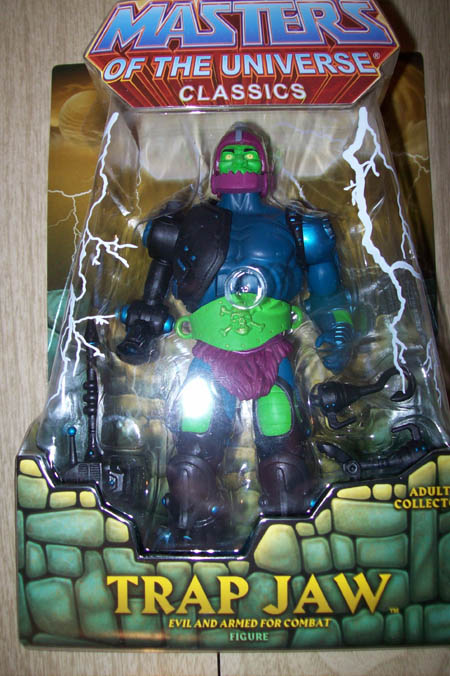 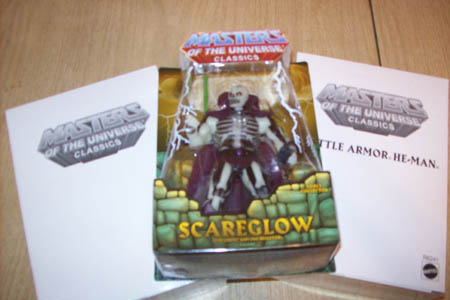 It appears I’ve picked up an unequal amount of good guys versus bad guys.  Maybe that’s because the bad guys always looked cooler.  I’ve also picked up the whole 130-episode television series, which lasted four years in the early 80s — they tried to bring it back in 2002, but failed — and they were the basis of my childhood and fantasies growing up.  It’s now time to introduce it to another generation, just as some parents from Generation X are introducing Star Wars and Transformers to their young ones.  Who knows, maybe the 80s culture will always be with us.  Why? Because the 80s into the early 90s were probably one of the coolest periods for things in general.  And not just toys.  Though cheesy to some today, you had your clothes, music, movies (ala Empire Strikes Back, Predator, Terminator, and Aliens), comics, graphic novels, and even science fiction, fantasy and horror novels when it was at its height.  There is a man by the name of Stephen King we can thank for that.  Anyway, on to some more action figure pics. 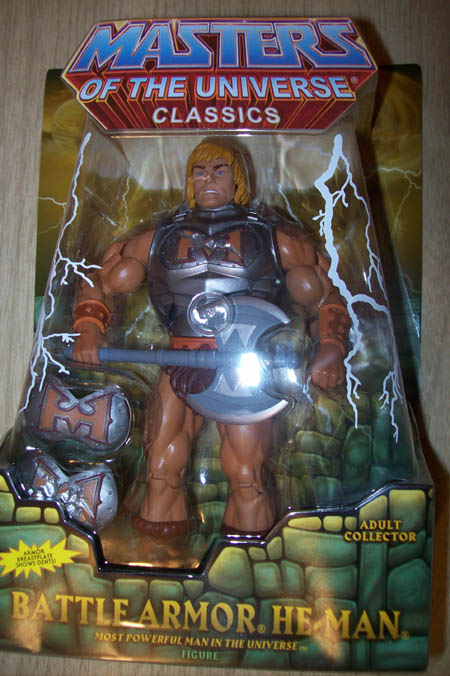 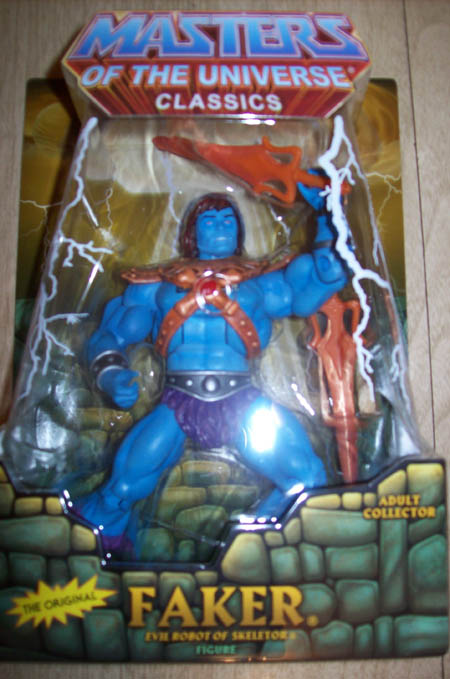 Faker - The evil He-man which Tri-Klops & Skeletor put back together. 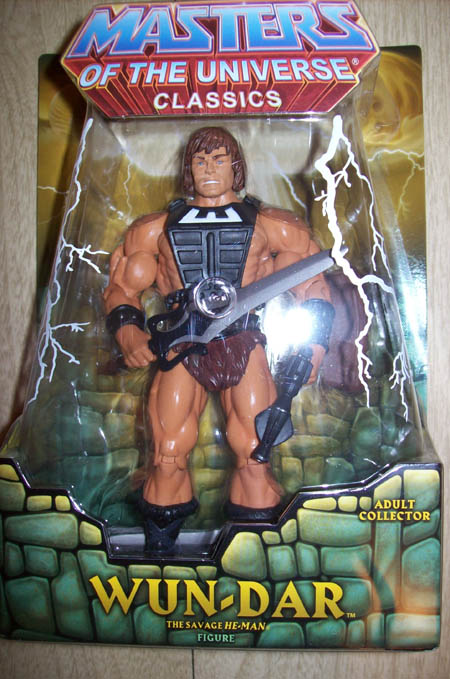 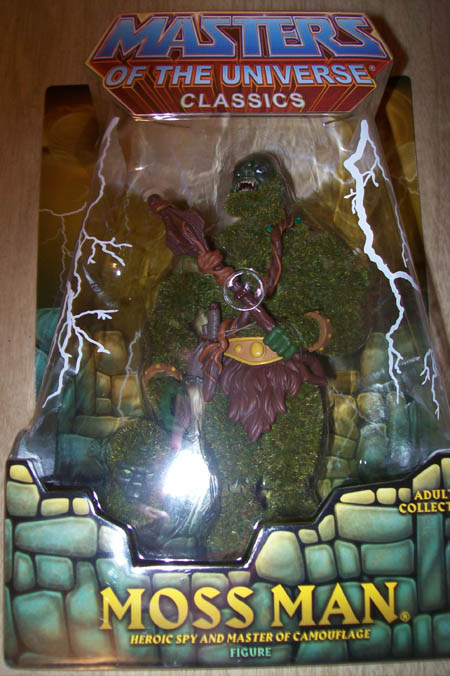 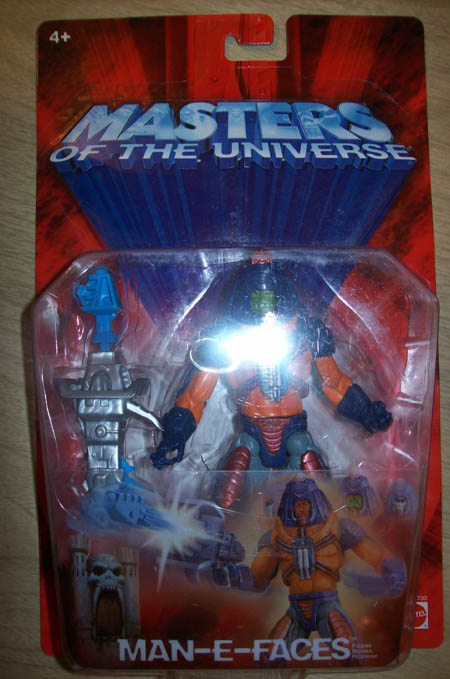 Now before I go, get a load of this… Not only did they make the new figures look just like the older figures, only with superior paint jobs — once again, the Four Horsemen are responsible for these figures — but one of them included a ring.  The ring you see below I used to own and wear almost thirty years ago.  The Castle Grayskull Ring.  Every detail has been repeated.  I don’t know what’s funnier, the way it looks since I lost it in the early eighties and the fact that I still remember it, or when I was running around second grade with it on, raising my hand to the sky, shouting, “I HAVE THE POWER!” Actually, what’s probably hilarious is the ring still fits my ring finger, and I wore it outdoors by mistake one day, not realizing I had it on.  Nevertheless, when I was young I loved that He-man ring, and I’m glad to have an exact duplicate of it back.  It sits on my writing desk, and believe it or not, it even gives me a little inspiration when it comes to penning horror stories.  I fiddle around, put it on, or sometimes just stare at it.  Oh yeah, I also picked up the NEW Webstor figure. 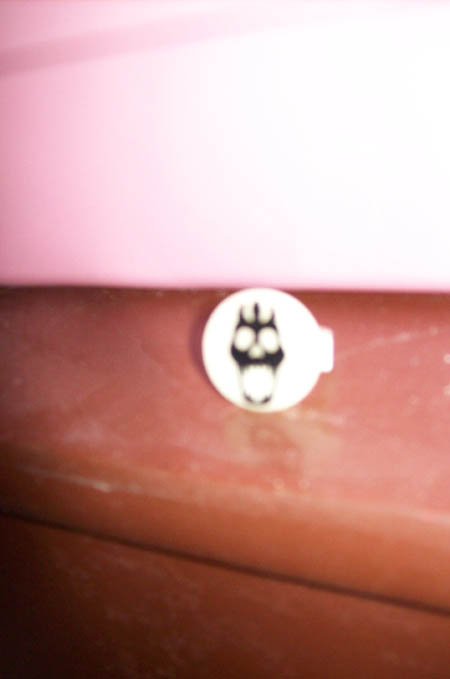 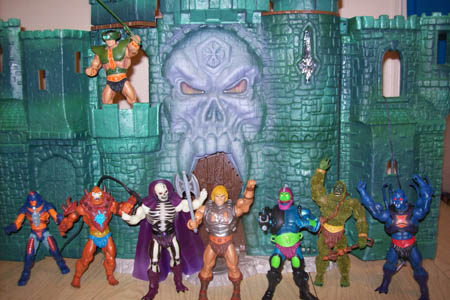 Once again, there’s nothing wrong with reliving your childhood or passing it on to the next generation.  And it’s things like this which helped inspire me to become the one thing I do most these days.  Being a genre writer.

With that said, everybody say goodbye.  Until next time.  BYE BYE.  Bye everyone.  See ya.