New Monsters! It’s about time… Hmm, am I making any sense? I don’t know, I might not make any sense ever again.  Fanboy-ism aside, and as a science fiction writer to boot, I’m here today to declare my love yet again for one of the longest running shows in TV history.  That’s right — Doctor Who! Torchwood would probably come in second or third for me.  And, as we all know, David Tennant regenerates after this year and becomes The Eleventh Doctor.  This role will go to the then 27-year old Matt Smith. 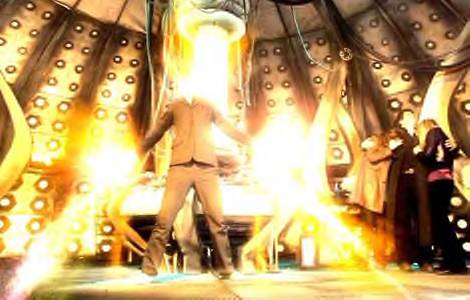 Now I will admit, at first I wasn’t too keen on the idea of Smith taking over the role; I had fingers crossed for Paterson Joseph, Adrian Lester, or even Colin Salmon.  But I guess it’s only right that we give the boy a chance.  After all, Stephen Moffat is a remarkable writer and it’s as if he were born to lead such a fantastic show.  Also, Matt Smith promises to bring a lot to the role as the Doctor — retracing the 70’s show model, Matt and Stephen? — and you know these newbies, one night they’re nobody, the next they’re a guaranteed success and eating the pie from the Actor’s Guild.  Matt Smith you have my attention.  I will give you a chance, I promise.  But what adversaries will you face? What monsters will you go up against? What surprises does Moffat have in store for us in 2010?

I know the one monster I don’t want to see anymore is The Daleks — NO MORE! They’ve been done to death.  Russell T. Davies abused them enough, I think.  I love the Cybermen, don’t get me wrong… but please exit right.  And it’s safe to bet that the Sontarans were just a “one-time” gig.   I want monsters that harken back to the Baker years.  Or they should be, at the very least, considered. 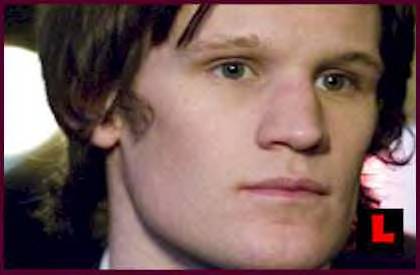 I have read rumors (and they are only that), that the “Weeping Angels” will be making their return.  I’ve seen The Sea Devils being tossed about the Net.  The Troclafane were mentioned on one “source” forum, but I hope they weren’t serious.  And like the Sea Devils, my money is on the Ice Warriors all the way! I wouldn’t be surprised if they are a major villain in Series Five.

There are so many monsters that haven’t returned, that should.  I mean, what about the Nimon? These were Minotaur-like monsters who could shoot you down with their horns.  In the insect department, you have the Wirrn, who are most memorable from Baker’s second story, The Ark in Space.   A Horror of Fang Rock-like story involving the Rutans would be kind of interesting.  Or how about using CGI to remake The Gravis and a new sort of Tractator? Perhaps The Zarbi? No, even better, how about the Rani?

As I get ready for PLANET OF THE DEAD, I wonder what surprises are in store for Matt Smith.  And us…

What monsters do YOU want to see return to Doctor Who? Would you like to cast a vote?

Come, take a Doctor Who poll with me…

For another Matt Smith/Doctor Who related poll, go here:

Like monsters? Then read my latest collection, FRESH BLOOD.  There’s plenty to be had there, in PG-13 color: