At first I wasn’t sure about this new print publication which combines the best of four or five worlds for writers of speculative fiction and horror.  I’ll admit, I was a little sketchy.  So I had sent them a reprint.  The magazine is called 7th Dimension Magazine, and they pay… Well, $7.00 for fiction.  They had advertised a few times on Shocklines. 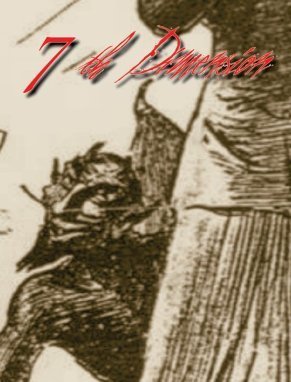 So we know already that they’ve featured a few familiar Small Press names.

Now the other component, which consists of a marketplace, free advertising and plugs for professional authors and writers pretty much already out there or getting out there, publicity at no cost whatsoever, banner and book trades and interviews would be… HORROR WATCH!

Now I don’t know who Rufus is, mind you (see the second banner)…  But any magazine or website that gives back to the horror genre or promotes it and its authors with free exposure deserves a plug from me and much respect.  Good luck with it.  😉